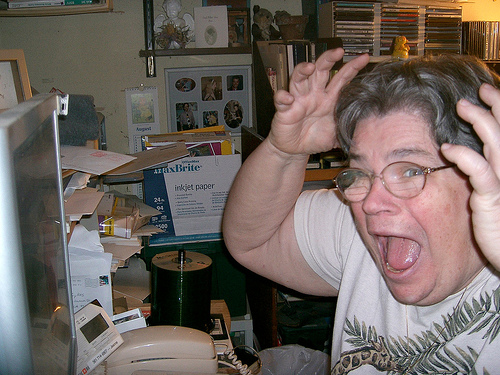 Duh! That's what I should have done first (if you don't know what "that" is you could read the previous post Degrees of Presence II: the backstory) after working some while on my circular rotating device for easier locomotion I consulted the literature and found a body of research on the topic of "social presence". (I am unclear still why the qualification "social" is needed, surely presence that is non-social is what I'd mean by non-presence!?) The key canonical text is Short, Williams and Christie (1976).
They defined social presence as a communicator’s sense of awareness of the presence of an interaction partner. This seminal work came out of research sponsored by the British Post Office in the 1970s (John. Short 1972; John. Short, Joint Unit for Planning Research. Communications Studies Group., and Great Britain. Post Office. Long Range Intelligence Division. 1973)⁠ If this sponsorship puzzles you think of the then growing ubiquity and use of telephones - yes, landlines mobiles were not yet invented, except on Get Smart ;) As well as providing the dominant definition they also noted that the social effects of a medium are principally caused by the degree of social presence it affords. ⁠

This concept of "social presence" is significant for the processes by which we come to know and relate to others (John Short, Williams, and Christie 1976)⁠. So better person perception and more meaningful interactions are a result of increases SP. If SP is low group members feel disconnected, but when it is high they are more engaged and involved. Stacey emphasises the role of the teacher in distance education as facilitator of such presence. (Stacey 2002)⁠

[Another influential strand in this involved a redefining of Social presence as “the degree to which participants are able to project themselves affectively within the medium.”, thereby presenting themselves as 'real people.' (Garrison 1997)⁠ But I have not yet worked through whether I find this shift a helpful one.]

The cues we use to build our sense of the social presence of another, or to consciously or unconsciously project our own vary dramatically in different communications media.

This list (or one like it) has been argued to be a hierarchy, which given its additive nature has face validity (Shatzer and Lindlof 1998)⁠

Yet before we rush to assume higher in the hierarchy (or lower in my listing ;) means better we should pause to consider more anecdotal and research evidence, that suggests different students respond very differently to different media. Some students love email, others require a phone call to really feel they have been in contact with the teacher (social presence).

For my presentation I'll ignore the surface learners. They are the ones I try to convert to one of the other types ;)

In a natural co-present learning space (face to face) his autonomous students,
(due to their independence?), neither need nor experience a great deal of
social presence. Tenacious students, conversely, tend to experience high levels
of social presence. But when telephone is the medium of communication the effect is reversed, autonomous students perceive higher levels of connectedness. Using e-mail too students scoring higher on autonomy perceive less social presence (perhaps because “not in control”?), whilst more tenacious students experience higher perceptions of connectedness. He notes the special affordances of e-mail as a less immediate, but more permanent medium. These may fit also with the known liking for e-mail of the introverted, and an often expressed frustration with e-mail among more extroverted colleagues ;)

Mark N added in a comment on the previous post that there is also a literature around "transactional distance" that I must explore too. Second "duh" moment, I should have picked his brains first, still I will now have two wheels, and they do say that we only really learn what we discover for ourselves ;)

The 'Community of Inquiry' model would be another useful reference here... http://communitiesofinquiry.com/. See also E-Primer 4: http://akoaotearoa.ac.nz/projects/eprimer-series. I'm doing an online (Connect Pro) presentation on this tomorrow night for our online tutor trainees... I'll let you know when the archive is available. 'Social presence' is one aspect of the framework.

Thanks :) for this paper I do not want to extend to the communities of inquiry thing. I want to focus on presence. But I can see the connections...