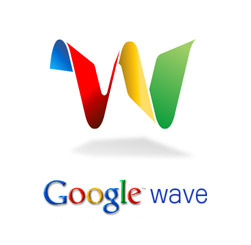 Since I saw the promo video I've been keen to see if Google Wave could be the tool we are looking for to encourage people who listen to PodBible to begin to share their responses to the biblical texts to which they listen. Once I'd hoped Facebook would be the tool, but it does not seem to be. It works fine for quick easy relatively trivial communication but does not seem good at extended conversations. Email is good at those, but only good for small groups who want to read the conversation as it grows. Discussion forums are good for such prolongued discussion, but can seem somewhat disconnected and impersonal (no one knows you are a dog on the Internet ;)

I have just received my invitation to Wave :) so if you like PodBible and would be interested in helping me to explore Wave with a view to using it to get conversation and prayer going around the chapters please email me and I might use one of my eight invitations for you. If you are already "on Wave" please also let me know so I can add oyu as a contact (since I do not use Gmail it could not open my contacts automatically :(

Sure, Tim, I'd like an invitation. I've also been wrestling with formats for different kinds of communication about Bible issues. I've been involved with both email discussion lists and blogging. There is still too much one-upmanship and "put-down-manship" in both. I don't know if a different format would create an atmosphere where that tempation would be decreased, but I'm willing to try something else.

Thanks, Wayne, I'll send the invitation request, though with the time mine took it may be January before the actual invite comes ;)