SansBlogue
Sunday, November 29, 2009
Is it is the last word that matters: Jim W on Google Wave
Jim W has experienced Google Wave, unlike the rest of us he has had time to explore (how does the man ever find the time?) and decided it's OK, but not too special...

I wonder, Jim may be right:

It’s an excellent tool for collaborative work among groups... Other than that, though, I am not quite convinced that it’s all that revolutionary or useful. 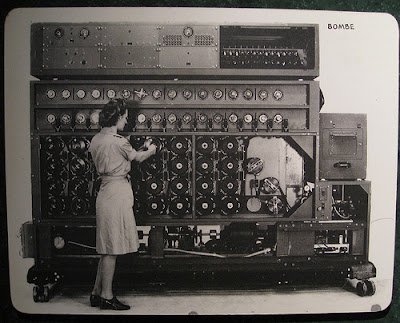 But then he admits that as more people use it its usefulness may change. His final word on the subject (in this post ;) was "yet". That may well be the key, when/if Wave becomes as ubiquitous as email was in the 90s it may take off as email has, and reach a whole new level of importance. Before that, email was useful, but no one regarded it as vital. Now, imagine life without email!

My take on Wave? I still don't know I've had too little time to look and feel, but I suspect it may be the killer app, the thing that takes us to a new level and enters our lives like email has, but not yet!